This sector makes up the majority of high speed applications. It involves all kinds of design, manufacture, product testing and research.

This is the most diverse sector and calls upon the full range of high speed camera capabilities and frame rates. Slowmo frequently hires cameras to advanced engineering and electronic companies (a large majority being based in Cambridge, UK) designing and testing new innovative products. University research projects carrying out similar work are catered for with an understanding that budgets may not stretch to commercial camera hire rates.

In highly technical environments, high speed imaging can be a valuable and cost effective tool in determining issues:

“The use of your high speed camera system with macro lens proved very useful in our investigation work.
It has enabled myself and my colleagues to look at the physical mechanisms rather than make educated theories or guestimates on potential issues/workings”
Laurence Scullion – PragmatIC Electronics. 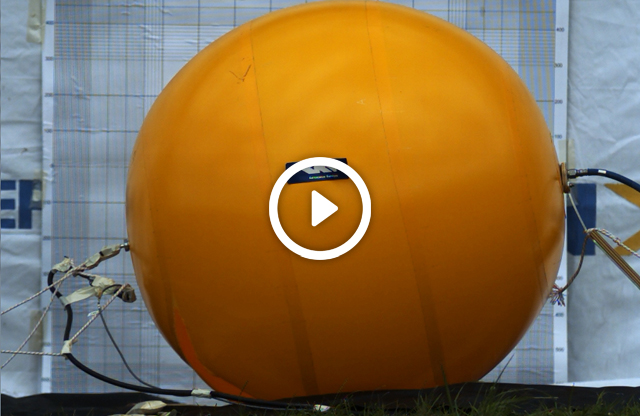 A showreel demonstrating the wide range of industrial, manufacture and scientific applications filmed in high speed by Slowmo Ltd. Our experience enables us to effectively capture the best high speed images for analysis in all types of environments.

Many applications under this sector require a demanding high speed filming criteria and it’s not unusual for frame rates of 100,000fps and above to be used. Slowmo has a range of high end Photron cameras that cover this need. It has 3 x Photron SA-X2 cameras plus the new NOVA S12 ensuring good availability and long term rental capability.

Recent years has seen the uptake of high speed images for use in the development of new devices such as those used in the pharmaceutical industry. High speed images have used to assess devices concerning pill orientation and drug dispersion and delivery.

Product testing can take many forms including drop tests, impact/tensile tests, destruction tests, engine testing and bullet proofing. Drop tests or any test to destruction tend to be one-off events. So Slowmo will always record the test with at least two cameras. A 4 camera set-up has been used regularly for outdoor based drop tests on behalf of FPT industries. Slowmo has the capability to provide up to 6 cameras on any one particular shoot.

Science based filming sequences are often required by television companies and Slowmo has been active in this area for a number of years. It has been part of several scientific-based shoots for the BBC (Richard Hammond’s Engineering Connections, The One Show, Wild Weather). The Photron SA-X2 colour camera is most often hired due to its excellent image quality and resolution at ultra-high frame rates (e.g. 22000fps at 1024 x 576 pixel resolution).

All camera equipment can be hired to companies and universities from mainland Europe. Mark has travels occasionally to Europe to provide high speed images for analysis from a variety of engineering applications. 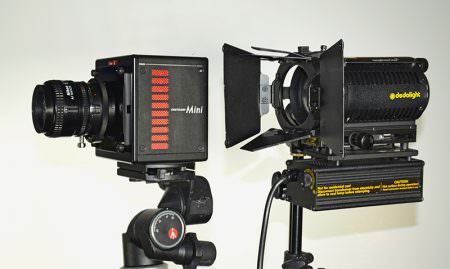 Slowmo has assembled a fully comprehensive, easy to use, dry hire package for industrial applications, where frame rates are in the region of 1000-5000 fps. Everything is included in the rental: AX-100 camera, laptop, lenses, tripod, lights and stands. A quick start guide will assist you through the basic operation.

This package can be hired on a cost effective weekly basis and can be shipped anywhere in the UK or mainland Europe. It has been very well received by the industry.

Springboard Pro Ltd of Cambridge, had an application that warranted ultra-high frame rates. They wanted to study in detail the movement of a small spring loaded mechanism. The Photron SA-X2 mono high speed camera was allocated for this purpose. Delivery and training was provided on the day. It was set up to record at 100,000 fps at 200 x 512 resolution. It was externally lit using a powerful LED floodlight also provided by Slowmo.

The camera proved highly successful in a long term, month by month quantitative analysis. It provided clear images which were valuable to the further design and testing of the mechanism. Slowmo was able to provide a rolling rental agreement for Springboard at a competitive rate so that they could use the camera equipment without any hire duration restrictions.

Slowmo was first hired by FPT Industries (part of GKN Aerospace) back in 2007 to film drop tests of a new helicopter fuel tank. In order to pass relevant industry standards, the fuel tanks were dropped from a height of 50ft and the high speed images were used to determine possible failure modes. Since then Slowmo has filmed over a dozen more drop tests.

The early trials were covered by a single camera (Photron APX). Now, it is standard to provide 4 views of the tank at ground impact at a frame rate of 1000fps. Four Photron cameras (all powered from 24V lithium Ion batteries) are linked via an Ethernet hub to a single laptop computer showing simultaneous live views from all 4 angles. This allowed the customer to approve the framings before the trial began. Playback of the drop test was provided immediately after the trial was completed.

Slowmo was asked to provide expertise and a camera for filming the inside of a small gas turbine combuster. One of main requirements was to determine the flow characteristics of a conical fuel spray.

When filming sprays, a fast shutter speed is required in order to see the individual particles. A consequence of increasing shutter speed is an increase in the light required. The ultra-sensitive Photron SA-X2 high speed camera was therefore chosen and a powerful LED floodlight used to illuminate the test rig. A frame rate of 10000 fps together with a shutter speed of 1/100,000s provided detailed images of how the fuel spray formed and the flow direction of the individual fuel particles. Further trials involved the filming of the ignition phase.

Mark from Slowmo set up the camera, lighting and provided training. The equipment was then dry hired for the rental period.

Slowmo was contacted by the Energy Technology Centre, based in East Kilbride, in order to provide high speed images of a new test rig used to investigate the impact between wind turbine blade test samples and rain droplets. The rig consisted of an arm rotating at 2000rpm and footage was required of the arm tip striking a falling water droplet.

Mark from Slowmo visited the site and set up a Photron SA-X2 mono high speed camera together with a powerful LED floodlight. With this setup, the rotating arm was recorded at 40000fps (shutter speed 1/266666s). This showed in great detail the position and impact characteristics of each water droplet hitting the arm tip. Training was provided and the equipment left in position for an extended dry hire rental period. 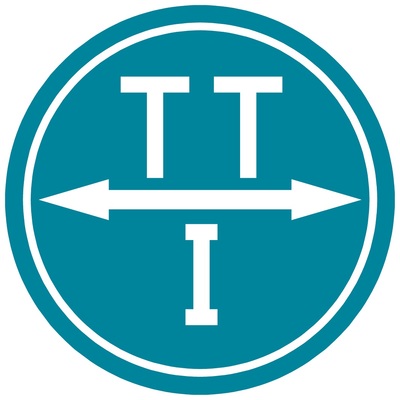 As part of an ongoing investigation Slowmo was asked to film a break test on two fibre rope assemblies attached in tandem. The two ropes had different extension characteristics and their reaction up to and after failure was required. The tests were to take place in Rotterdam.

Due to the long lengths of the ropes (~20m), Slowmo travelled over to Holland with 3 x high speed mono cameras (Photron SA-X2, SA5 and SA3) in order to cover the potential points of failure. LED floodlights were used to illuminate key areas of the test.

The SA-X2 and SA5 cameras were set to record at 5000 fps and the SA3 at 2000fps. Each camera was put on a centre trigger and all linked via BNC cable reels to single thumb switch, which allowed triggering from a safe distance.

The interaction of a high speed train pantographs with overhead lines is an important area within the rail industry. One particular trial required footage of the wave created by the contact force of the pantograph. Unusually regards high speed filming, the trial had to be done at night. Having previously worked on a similar day time trial, Slowmo Ltd was called on to provide the images.

The Photron SA-X2 mono high speed camera was the obvious choice for this application because of its industry leading light sensitivity. In order to illuminate the wires and pantograph, one of Slowmo’s powerful LED floodlights was used. As the floodlight is only rated at 200W (for 2KW tungsten equivalent) a small briefcase type generator was used for power. The camera was set low on a tripod, angled upwards towards the wires and a field of view of around 6m was set using a 50mm F1.4 lens.

With this night time set-up, amazingly a high speed train was able to be filmed at 2000 fps. Furthermore, the clarity within the image allowed one to easily assess the movement of the overhead wires as the pantograph passed underneath. Images over 3 consecutive nights were then recorded.